It's been over a month here at Boom Chicago in Amsterdam!

I am proud to say I am neither a skeleton nor a terrible blubbering mess. My inherent neuroses have slowly acclimated to the beautiful weather, brutally practical Dutch people, and performing sketch and shortform 5 nights a week.

The theater has pictures of Jordan Peele in the pantry, and on our first day of rehearsal, Seth Meyers walked through and said hi to us. I had nothing clever to say to him and excused myself almost immediately.

Here are members of the Boom Chicago cast, plus alumni and friends onstage: 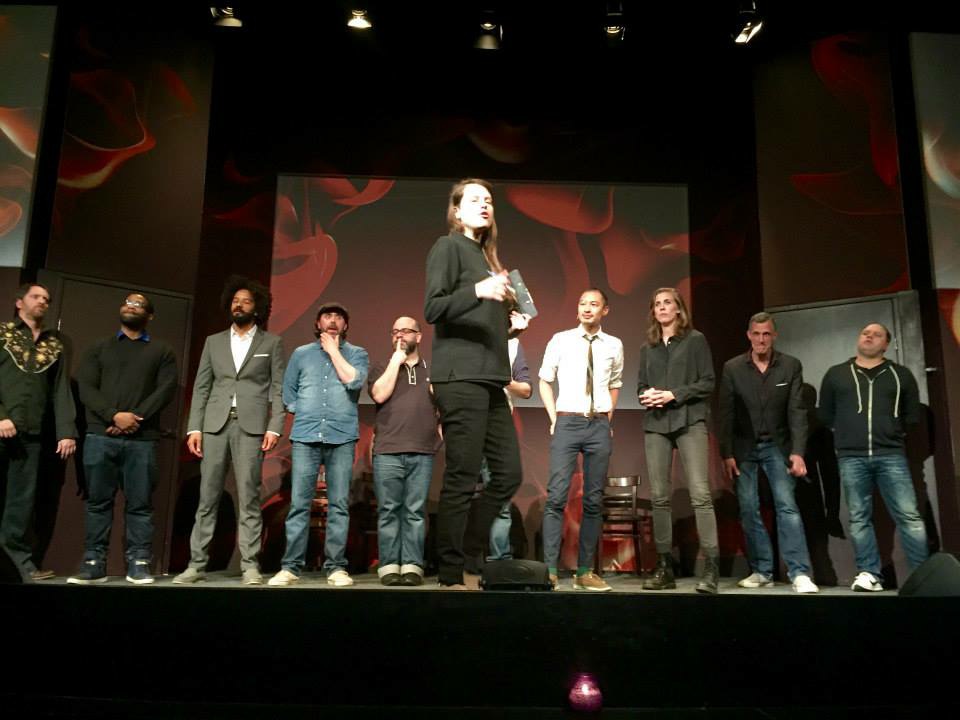 We are in the process of writing a new show with our director. It's challenging, rewarding, and I go to sleep feeling good-tired every night.

Here is a typical day for me: wake up at 9:30 and putz around. I live with my 2 new castmates in an apartment 25 minutes away from the theater by bike. We arrive at the theater at noon for a 5 hour rehearsal. This includes beating through sketch ideas, writing new sketches, coming up with new shortform games, and running Ts and Bs (now that I am in "the business," I know that it's important to the "running order" to rehearse "tops" and "bottoms." Also, apparently there is a stage left and a stage right!).

At 8:30 the show starts. The theater is huge and we are mic'd. We do a 2 act show with an intermission, and then throw on a bonus 3rd act where we try out the new material. Bike home, do some writing, go to sleep.

By the way, look at these jerks who came and visited on my first week here! 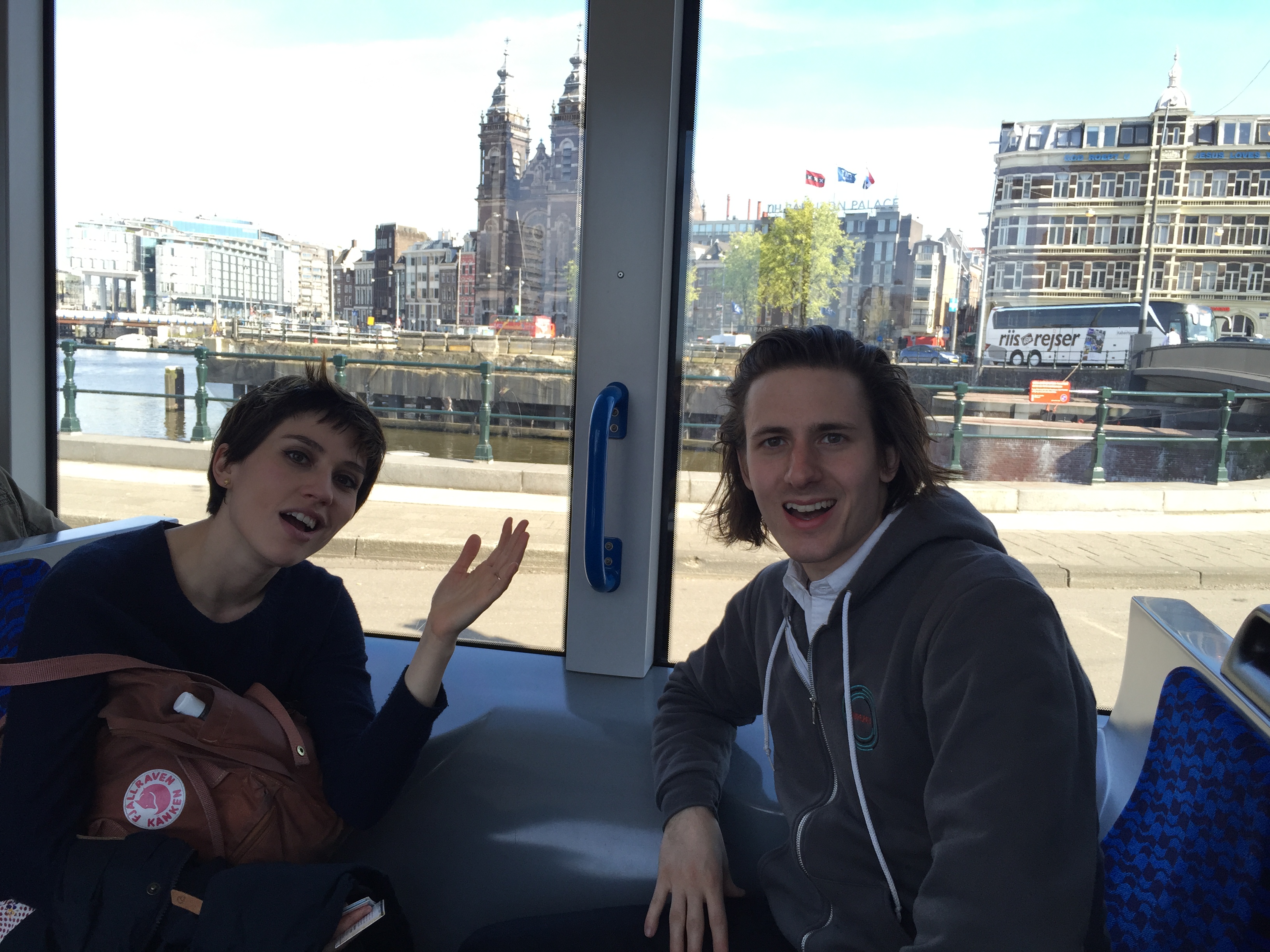 I find myself often thinking about how strange and lucky it is for me to even be here. I regret not doing ComedySportz and not doing more sketch (there is nothing harder than writing a sketch). I am very thankful for all the performance opportunities and experiences I had at the Magnet.

I miss so many things:

 The 2 minutes before going onstage with Metal Boy, playing with Honey, and all the musical lunkheads on Tuesdays and Fridays

Guys, I read the highlights threads and I felt real human emotions looking at all the 10 Year Anniversary photos. 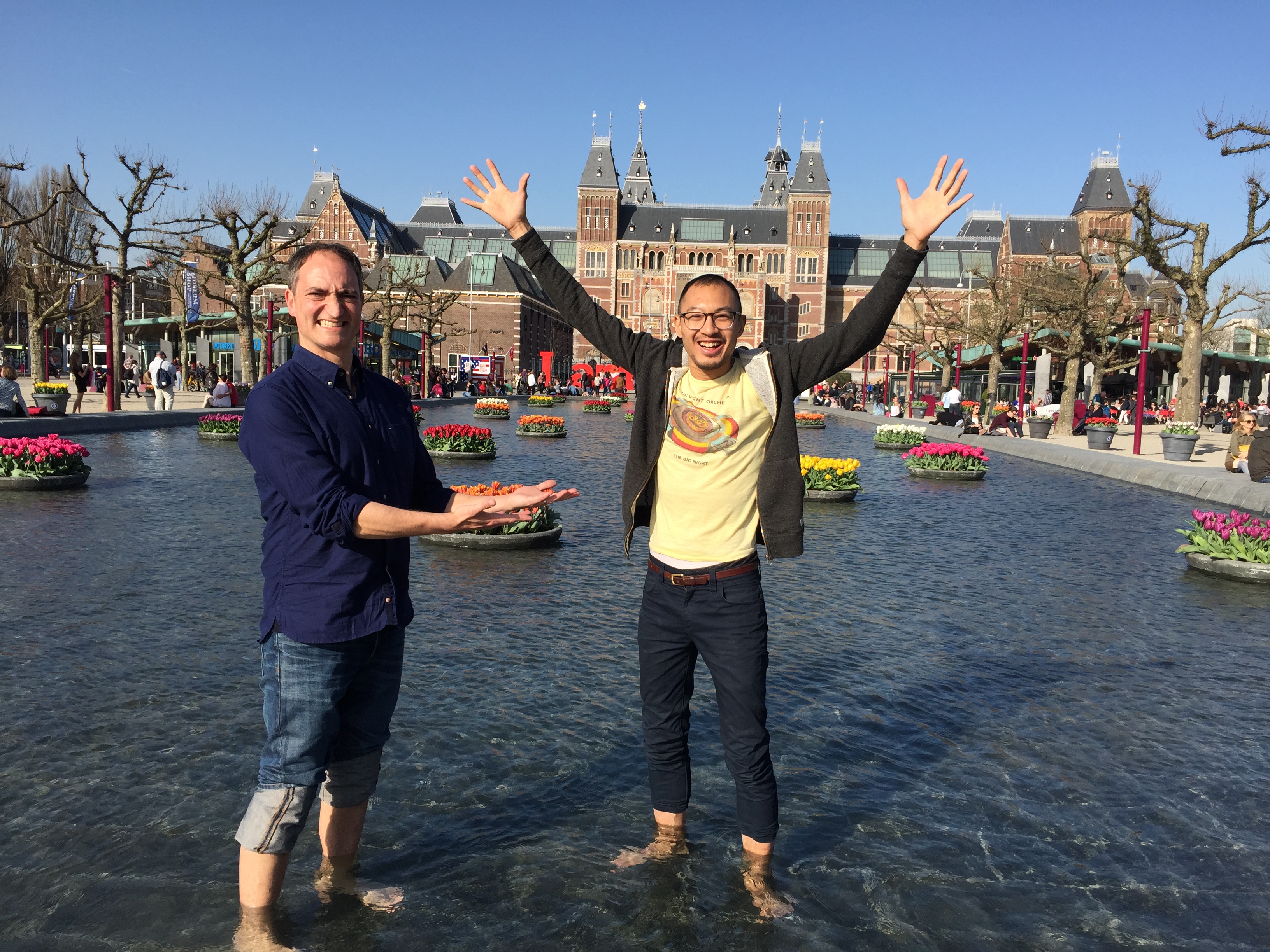