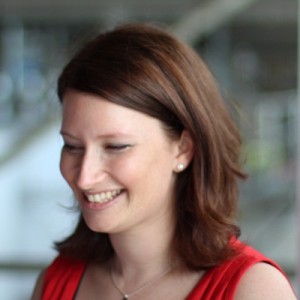 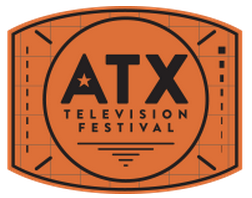 Ally Kornfeld, (Baby Shoes), one of the Magnet's sketch writers, got a chance to take her idea for a TV Show, Cracking Royalty, to Austin Texas. She was one of the ten finalists in the ATX Television Festival's Pitch Competition this past weekend. What is the Pitch Competition? It's a chance to pitch an idea for a TV show to not only a live audience but to a panel of industry judges including Paul Scheer, Bryan Seabury, Julie Plec, Kyle Killen, Katie Krentz, and David Semel. Oh and get this: SHE WON.

"This winner will receive a meeting with one of our judges (based on the shows genre/judges availability) to explore the idea of his/her series and gain notes to better develop the series. After the pitch is honed, the winner will then get a pitch meeting in front of one of our studio/network partners (again, dependent on the shows genre and style) to try and sell his or her pilot for production."

I (Amanda Ariel Peggy Xeller) grabbed Ally after our weekly Baby Shoes meeting yesterday to get a quick word about her awesome writing triumph.

How long have you been writing?

For sketch writing? At least 2 years. I have written spec scripts though for longer.

How'd you hear about the festival?

I listen to Ben Blacker (@BenBlacker) on the Nerdist Writer's Panel Podcast. And he talked about how great this festival is. It's pretty new. This is the third year. Its great for people who love TV and love writing for TV. There's a lot of writers, show runners and actors on the panels. It was a great opportunity to ask a lot of questions. It didn't feel too big either, so it was nice and intimate. I met a lot of great writers. A lot of people from L.A. and a lot of Austin people there. It was really fun!

What did you learn about pitching comedy?

This was my first time pitching a TV show. It helps if you can make people laugh. 10 minutes before I was about to pitch I went to the bathroom left my pitch material by the door and when I got back it had disappeared. No one knew where it had gone. Apparently the hotel staff had thrown it out so I was running around like a mad woman checking rubbish bins before I had to pitch my idea. And I lead with that story which helped break the ice. I nearly vomited twice on the way to the thing because I was so nervous.

Can you tell everyone a little bit about Cracking Royalty?

It's a 30 minute comedy about a heightened version of the Royal Family.

Did you hear the other pitches?

Yeah there were a lot of great ideas. The judges were looking for the most sellable I believe.

Did you develop this alone or on a team?

I work-shopped the pitch with a group of writers on a writers retreat this time last year.

What influences your writing both in writing for TV and for sketch?

Im such a huge fan on the sketch comedy scene in New York, and find it so inspiring. I try to watch as much as possible. The Magnet sketch program is particularly good and the shows are just getting better and better.

What's next on the horizon for you?