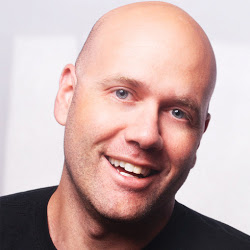 Jaime Hazan has been performing at The Magnet Theater for over 4 years. He works with Frank Spitznagel (Frankie Keys) and accompanies most of the Musical Mixers you attend. Jaime performs weekly at The Musical Mixer and Musical Megawatt. Jaime recently wrote a song for the victims of The Boston Marathon Bombings that can he downloaded here, BOSTON STRONG. We talked with Jaime about his music, The Magnet and what his number one wish is.

Question: How did you get started as a musician?

I started playing the piano between 4 and 5 years old. I had always
played by ear and was able to improvise just about any song I heard.
Someone would play a song on a vinyl record, and Id be able to play
it back. I still dont really understand how that works!

Question: When did you start accompanying musical improv?

I hate the word Accompanist when it comes to musical improv, since
it implies a lateral involvement to the on-stage actors. I prefer to
use the word collaborator since musicians and actors must work in
concert to find their grail and perform excellent improv.

I started studying musical improv Jan 2009 and accompanying later that
year after recognizing that my place was behind the keys. Traditional
musicians who take the time to study many years of theory, harmony and
the so-called proper methods of learning dont typically have the
grasp of making it up on-the-spot. Those that do are simply amazing
humans (Frankie Keys). However making up songs was the one thing I
was best at - so I consider myself lucky to have found a theatrical
environment that rewards individuality and the ability to improvise
songs. A traditional theater would not take to this style kindly!

In particular, I enjoy teaching and rehearsing song structure to
performers since it is this type of songwriting that in my opinion
makes musical improv so fantastic. There is no bigger thrill than
nailing both a scene and structure combined - it makes for amazing
entertainment and tons of fun. Especially fun, watching students go
through the process of learning, say a tag-line song and finally
feeling comfortable performing within that structure - not to exclude
the many other structures - they all have their place in the game.

Questions: Can you talk about your song Boston Strong?

I am very proud of Boston Strong and feel somewhat badly about a
terrorist attack being the impetus of a song. My co-writer David
Fagin approached me about writing a song about the attacks, and
being a former 9-11 first responder, I fully understand what its like
to experience this frightening environment and was thrilled to
collaborate. So going into the studio and laying down the tracks and
finding the right combination of music to fit words was a cathartic
experience since the emotions surrounding 9-11 surface just about any
time there is terrorist activity. When we heard from police officers
from Watertown and Governor Patrick Duval, we knew many of the victims
were moved by the music - and that was simply our goal. But we soon
realized that selling downloads could raise significant money, so a
deal was set-up for distribution by Ingrooves/Fontana and can be heard
in Nordstroms as well as over 6000 Starbucks in the USA and Canada as
well as downloaded as a single on itunes, spotify, or your favorite
digital music aggregator. The song has gotten lots of press and was
featured at a NY Mets game - which was very exciting. All of the
digital downloads go to the onefundboston.org. Heres the itunes link
to check out: https://itunes.apple.com/us/album/boston-strong-single/id642637688

As you will be able to see, it has gained acclaim on itunes. It is
expected to be played at the LiveNation.com benefit concert on May 30
over the system - a concert that will be featuring some of Americas
most successful musicians including Aerosmith, Jimmy Buffet, Carole
King & New Kids on the Block. It would be a thrill if we were invited
to perform live, but that is still to be determined.

Question: If you had one wish Jaime, what would it be?

The other night, I was listening to a lecture about happiness. What
makes someone happy? And the lecturer explained how it is not money -
two people can be going to work, one taking a bus to serve at a blue
collar job, and another in a limo, as a CEO. The key to happiness is
living and playing a role within a close knit community. This,
describes Magnet Theater - an organization Im very proud to serve.
Despite extreme poverty sucking, I wish for a lifetime of health and
happiness.

Jaime Hazan can be seen performing weekly at The Musical Mixer and Musical Megawatt. If you could find it in your heart to spare $1.29, you'll be helping people who are in serious need. Download BOSTON STRONG!