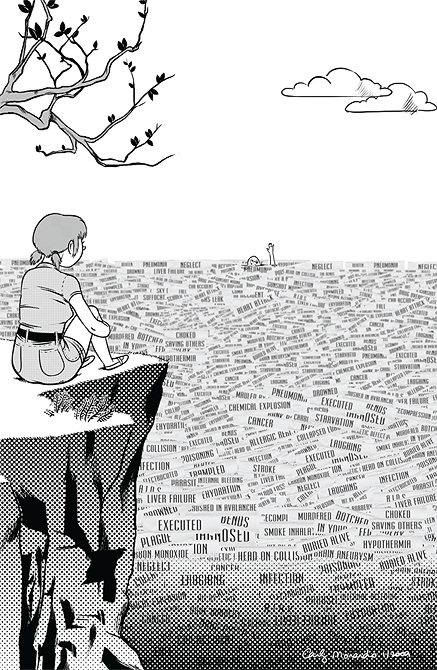 Carly Monardo is a student, graphics designer and performer at The Magnet Theater.    Some of Carly's recent Magnet projects include Made-Up Musical,  Trike and Magnet Sketch Teams (just to name a few).  We conducted an email interview with Carly Monardo, her answers are below!

*QUESTION: How long have you been drawing?

Carly: I've been drawing since as far back as I can remember. I had a few other interests as a kid (at various points I daydreamed about opening a restaurant or becoming a marine biologist) but there was never any doubt that drawing would play an important role in my life. My parents are actually both big appreciators of art in general and animation specifically; I grew up in a house where the walls were covered in production art from Looney Tunes and Disney movies. I have a twin sister who is also an artist, and whenever people ask why we pursued art we both joke that we never really had a choice!

*QUESTION:  How did you get started and what inspires you now?

Carly: I feel really lucky to have this as my full-time career now! Remembering that this is what I always dreamed of doing keeps me focused when things are tough. I'm also inspired by the incredible work I see my peers producing, and I'm constantly mining the internet for more art. Every time I see an illustration or design that makes me think, "Oh man, I want to do that!" I make sure I get that person's name.

*QUESTION: Can you talk a little about your improv background and how you got involved in comedy?

Carly:  I got into improv about a year and a half ago because I was looking for a creative outlet that wasn't my primary way of earning a living. I had done some sketches and stuff as a kid, but it was all either stuff my sister and I wrote or goofy things I performed in at a day camp. I didn't try improv until it was part of a week-long acting class that I (kind of bizarrely) had to take when I enrolled in the pre-college Animation program at SVA. The teacher hated us...it wasn't a very good experience. Later in life I started to see shows at UCB, which I loved, but wasn't inspired to try again until I went to the Magnet. Friends of mine are pals and collaborators with Justin Moran, so I saw Choral Rage and Featherweight perform and it looked like so much fun! I signed up for a free intro with Rick Andrews (the same free class that my fellow Magnet Designers were in, actually!) and I've been hooked since!
____Check our more of Carly's work at www.carlymonardo.com and on Tumblr where she puts up sketches and goofy things.
Site Credits