Elana and Shaun are hilarious, talented improvisers who bring a ton of experience to their Megawatt shows.  Elana has been on a team for five years now, and Shaun just got cast.  Jolene Turner interviewed both of them about favorite moments, comedy role models, and some veteran advice.  Enjoy. 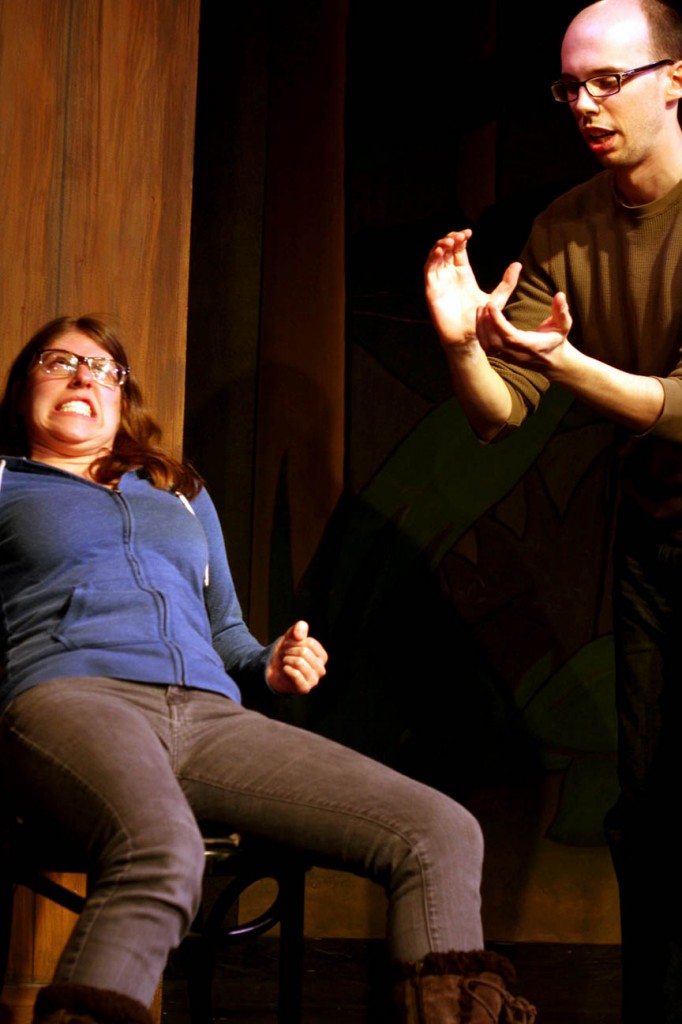 Jolene Turner: Who are your comedic inspirations?

JT: What do you like about the Megawatt program?

EF: The awesome thing about Megawatt is that it's made up of all these people that have gone through the Magnet Training Program and, therefore, have a super strong, unified, improv vocabulary, and yet...each team has a totally different feel. The teams all have the freedom to discover their own artistic/comedic voice. A Phooka show has a totally different vibe than a Featherweight show, but we get each other because we're spawned from, like, the same improv mom. Dig? 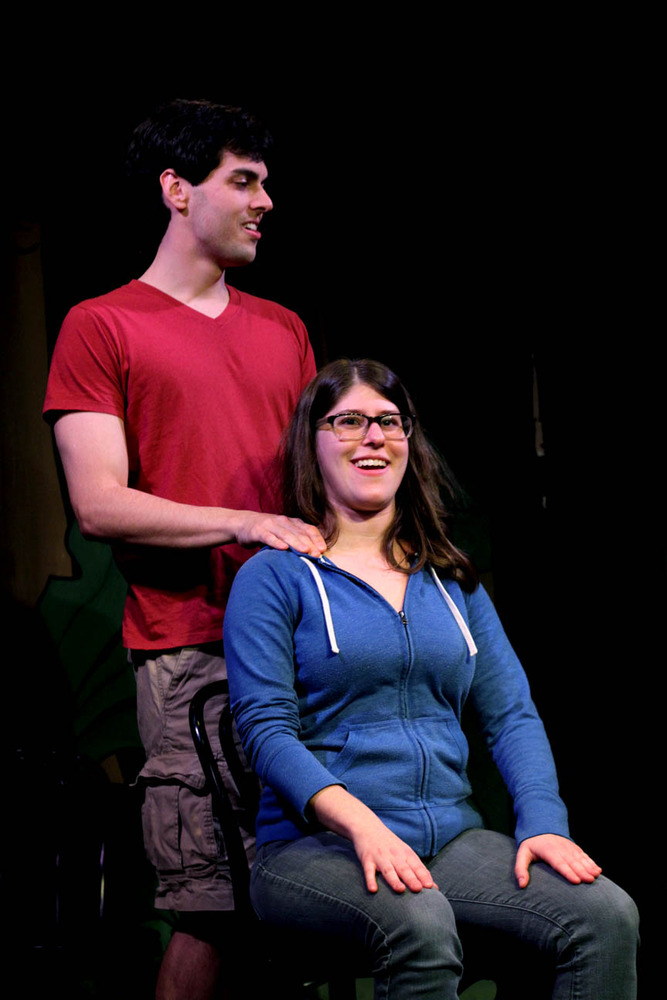 JT: What has Megawatt done for you as an improviser?

EF: Megawatt has helped develop my chops as a performer. I've been playing on Megawatt teams for six straight years. That's 300 shows for Megawatt alone! When it comes to improvising, I feel zero fear.

JT: Six years! Thats awesome. Do you have a favorite Megawatt memory that sticks out?

EF: Megawatt is great because it gives you the opportunity to perform on a consistent basis in front of a supportive audience in a real theater. Megawatt cuts out the stress of booking gigs and playing in lousy venues and allows you to focus on building a strong ensemble. It's a real privilege. 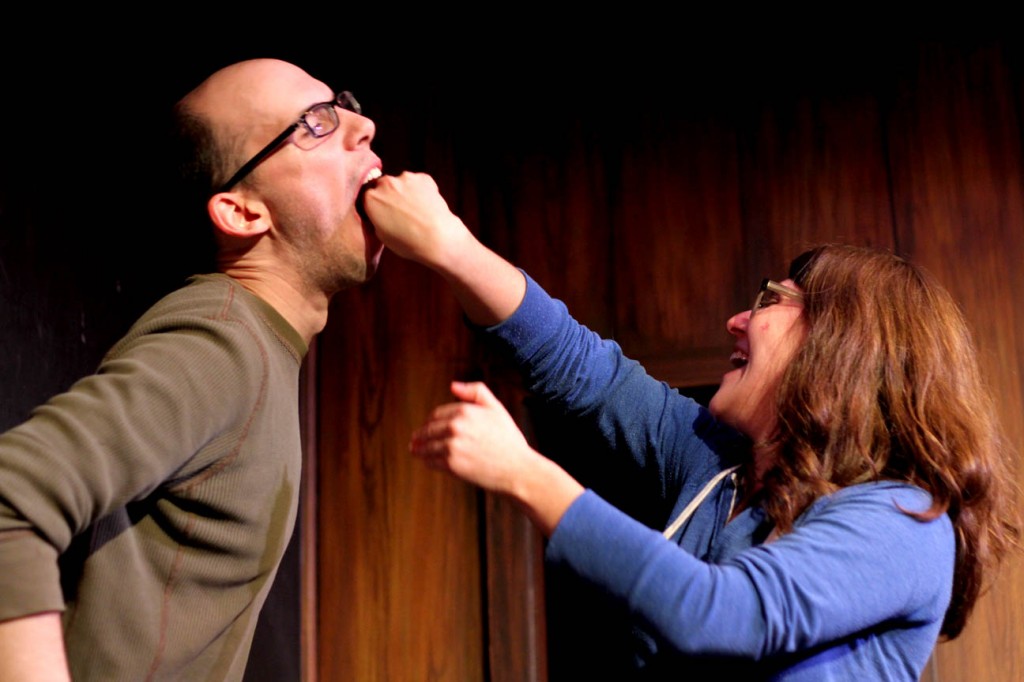 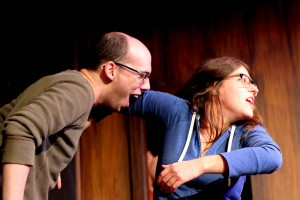 JT: What is challenging about Megawatt? Can you offer any advice for newcomers?

EF:The most challenging thing about Megawatt is maintaining a healthy team dynamic.  That means cooperation, keeping an open mind, supporting each other on stage and off, and not flipping out when shows go badly because THEY WILL.  At the risk of sounding like an over-enthusiastic camp counselor, my hope for new Megawatters is that they be awesome team players and rock out as individual performers at the same time.

Aside from Featherweight you can catch Elana being hilarious doing scripted work as well in Justin Moran and Jonathan Roufaeal's new musical, "Nightfall on Miranga Island." She handles all this performing while also going to school to acquire a Masters in Educational Theatre at NYU. 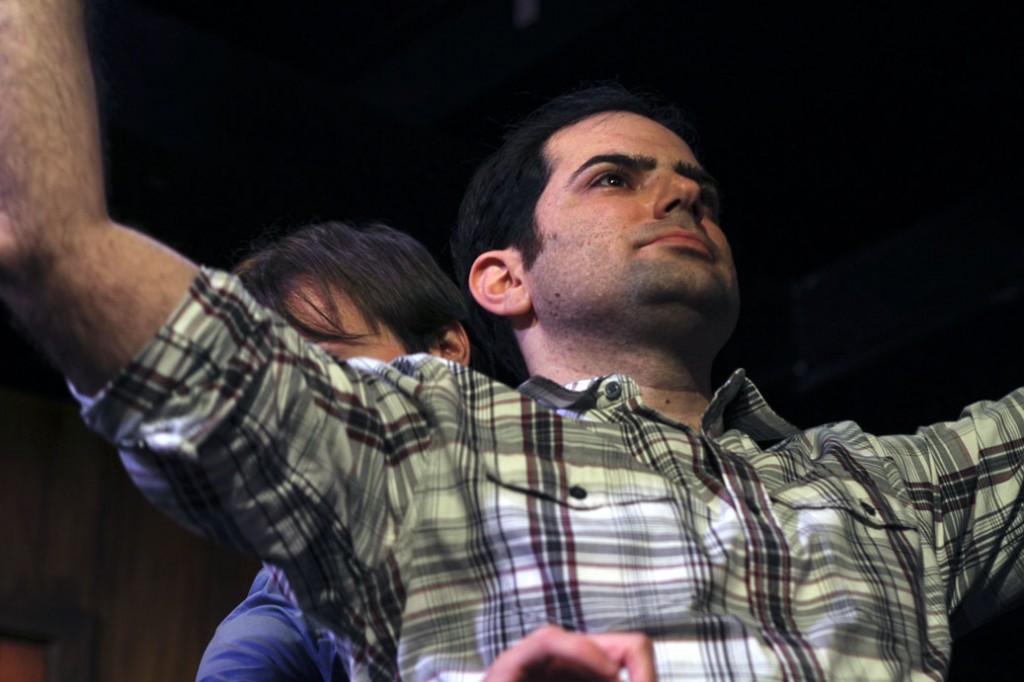 Jolene Turner: Tell us about your comedic inspirations while growing up in the Midwest?

Shaun Farrugia: I wore out my Jerky Boys and Tube Bar cassette tapes. They were the guys that recorded prank calls (much funnier and OLDER than Crank Yankers). That style of performance with the unwitting participant(s) is really funny to me. It's unfortunately mean, so as an adult I avoid malice toward others. I tend to be the unwitting participant in a lot of jokes and humor that arises out of my daily interactions and I'm completely fine with that.

My Mom and Dad were pretty funny too.  They have a great sense of humor.  They were stuck raising 4 boys, and I think one of the ways they dealt with that is to point out the complete absurdity of the situation. My buddies and I were all knuckleheads growing up, so they were inspirations as well. There wasn't a lot to do in the Detroit suburbs so we cracked each other up all the time, and, unfortunately also got arrested a couple times when we were just being funny.

JT: Anything on the telly these days that you must watch?

SF: I don't watch much movie comedies or television!  I tune out and enjoy watching open mic standup though I would never perform it!  The improvisers I get to work with on a day to day basis and my co-workers are my inspiration. I do enjoy YouTube videos though, mainly of goofy pro-wrestling botch compilations and cat videos. Cats are hilarious. They are funnier than dogs; unwittingly. 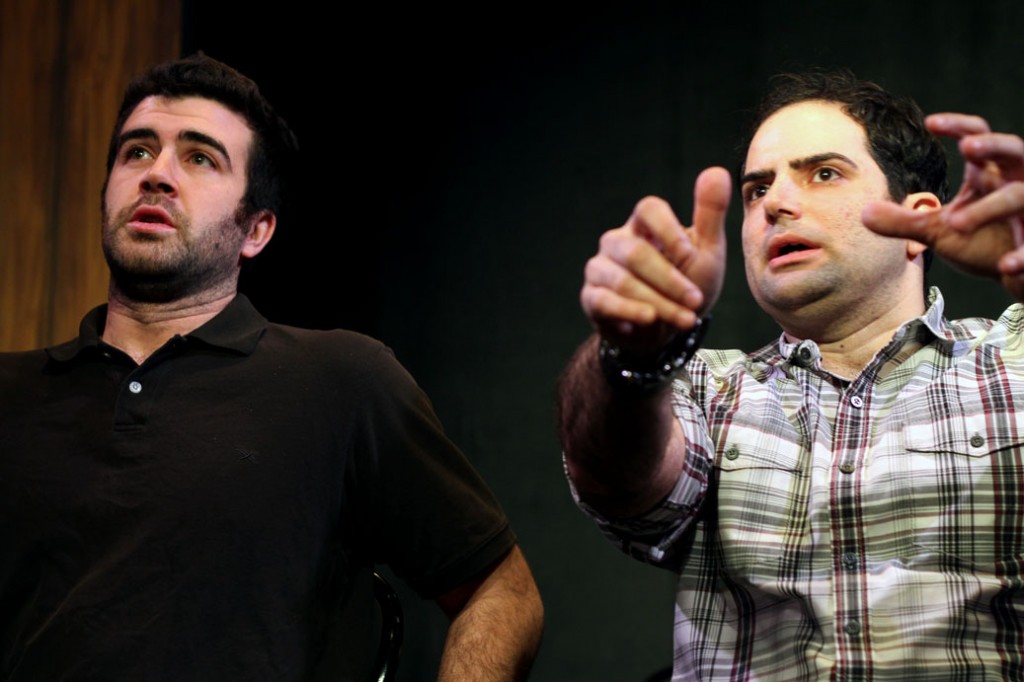 JT: What Megawatt performer would you love to perform with?

SF: Man, can I just say I'm happy to be on a team at the moment with Drew Tarvin?  That dude is so damn fun and I count him among my good friends. I also love performing with Woody Fu and Dreagn Foltz as well. It would be an honor to play with Frank Bonomo, Rick Andrews, and Elana Fishbein. Elana was my big sister in my first level 1 at Magnet! This is a tough question! I would love and be honored to play with anyone. Also, if I ever got the chance to guest with Trike or J.V.? Happy days.  Or ever be on stage with Herbstmann?  Yup.  Honor!

JT: What is it about Megawatt that you like?
SF: Up until now Megawatt was the place where you could see hilarity that was also theatrical and dynamic. With Louis Kornfeld taking it over, you're going to see a new evolution where even more clarity and quality will be shown based on his development philosophies. Also look, this is stuff that anyone can learn to do and get up and perform.  I look at the Megawatt night where it's still normal people living their lives getting up on stage and make the entire theater crack up. Look at the variety of people and opinions that we have at the Megawatt nights!

JT: You got a double awesome wammy as you are also a new Musical Megawatter as part of Rosencrantz. How does it feel?

SF: Musical is intimidating for me because of the different style of play it calls for. I like to take time but you need to really get to it in Musical. I get to play with Lorraine Cink, are you kidding me?? Robin Rothman?? WHAT? If you would have told me a year ago I'd be on a team with Trudy Carmichael, I would have said you're out of your mind. I still think you're crazy. Those guys do Baby Wants Candy right? Yeah, you're totally nuts. I'm completely intimidated to be honest but I'm also aware that this feeling will give birth to a completely new way of performing for me and at a completely higher level. That's my philosophy anyway; fear transmutes to wisdom and skill. 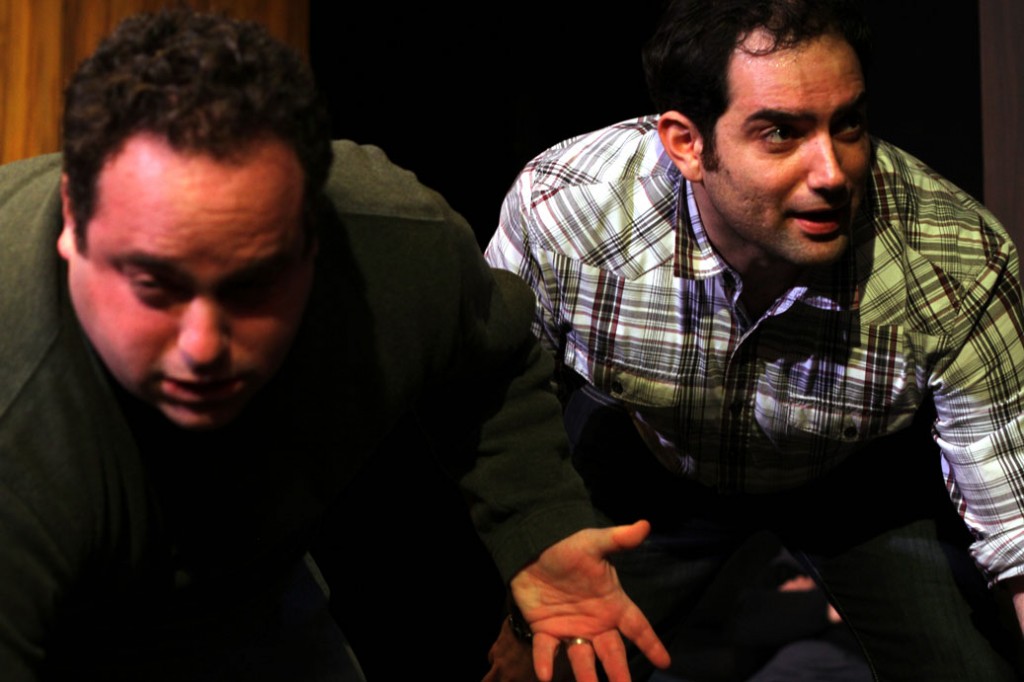 SF: It means I'm no longer the improviser I was in Detroit in 2004/2005 when I was just starting. I should really take it easy on myself since I was just starting out and not rehearsing but man; I had some bad bad bad bad shows my first four years of improvising. Oh jeez. Honestly though, if I go back to visit Detroit, I would love to sit in with people at Planet Ant Theater or Go Comedy and see how it goes. Also this is Armando Diaz's theaterthis is a huge honor for me.

You can see Shaun perform on Tuesday and Wednesday as part of Musical Megawatt and Wednesday Megawatt and be sure to catch him in his indie improv team Honey with Caitlin Steitzer, Woody Fu, David Rynn, and Dave Adams. Shaun is also setting up improv workshops for survivors of Post-traumatic stress disorder (PTSD) to help develop voices that have too often become muted due to abuse and violence.